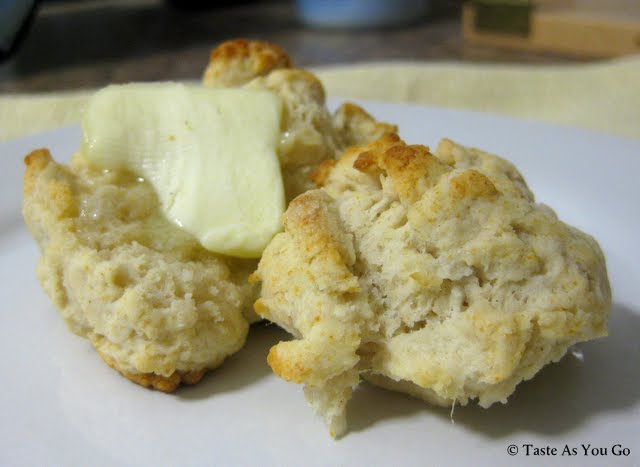 A few weeks ago, as New York began to dig itself out from the snowstorm that left 19 inches of snow in its wake, my busy schedule came to a grinding halt. It wasn't the weather that slowed me down, though. It was a high fever that peaked at 103.2°F. (Clearly a sign that I was over-doing it.) I was so delirious (and stubborn) that I wouldn't allow myself to rest until I had walked the few blocks to the market to procure ginger ale. When I'm sick, I just have to have it. 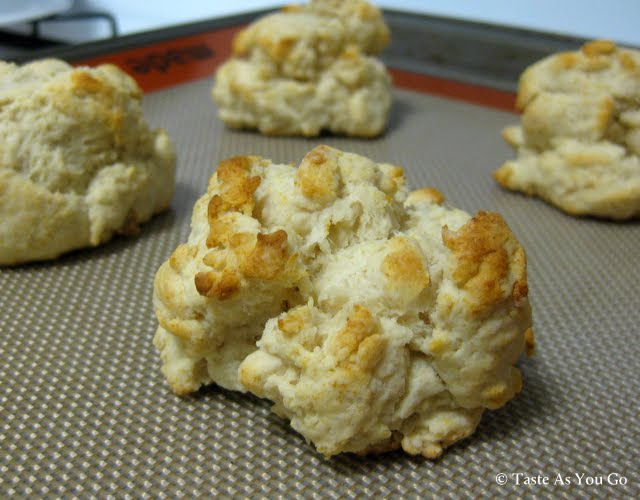 It wasn't until the second day of my fever that I started to think about food again. Did I take it easy and just order some soup from the local diner? No. I marched dragged myself into my kitchen, turned on the oven, and baked biscuits. From scratch. Why? Because I wanted something to go with my tea that was more substantial than crackers. And, well, because I didn't actually think to buy crackers the day before when I went out on my quest for ginger ale. 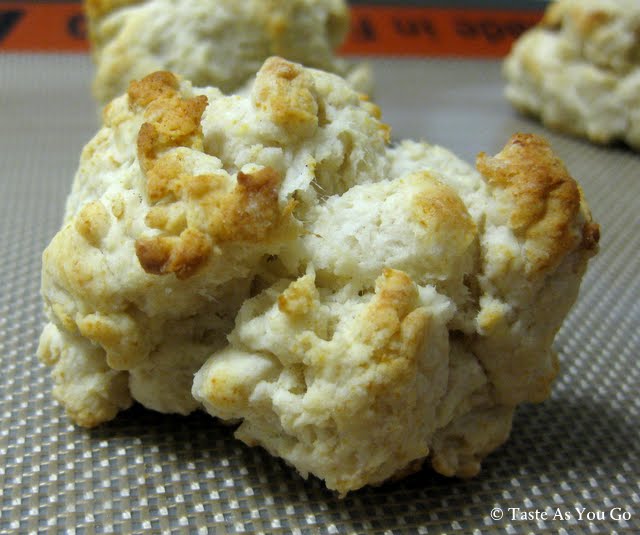 In order to cut back on the richness of the biscuits, I opted against using butter in the dough. Instead, I reached for my bottle of really good extra-virgin olive oil and used it in place of the butter. 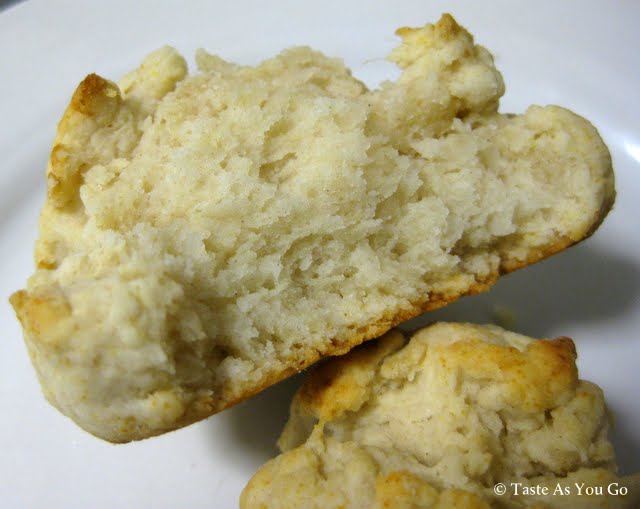 What resulted was a tremendously moist and flavorful biscuit! I mean, doesn't that look scrumptious?? 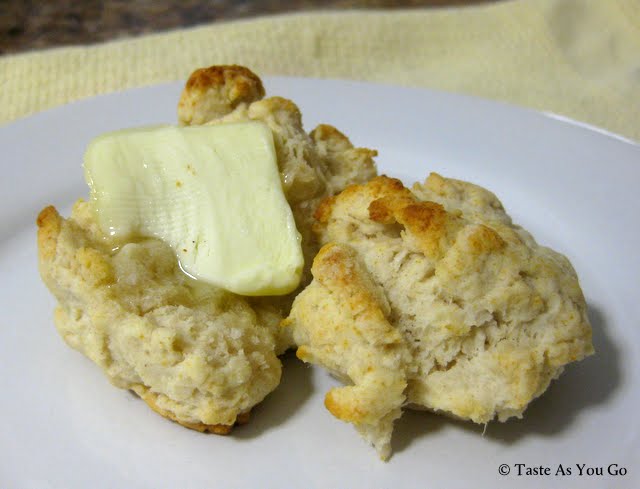 And... skipping the butter in the dough meant I could slather as much butter on the hot, fresh-from-the-oven biscuit as I wanted! Without guilt.

These biscuits were ridiculously simple to make. Even when you're fighting off a fever and don't feel your best! 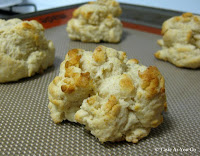 
Recipe by Taste As You Go | Printable Recipe

Delicious drop biscuits that are simple to make and don't require an ounce of butter.

One year ago: How They Found My Blog: Week 12
Two years ago: Lunch at Jackson Hole: Bring a Friend