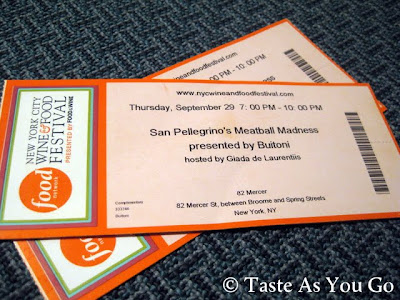 Buitoni provided me with tickets to attend Meatball Madness at the 2011 Food Network New York City Wine & Food Festival, as well as the prize for this giveaway. I did not accept monetary compensation for this opportunity. All opinions expressed are my own.

SoHo. 6:30pm. A line of people clutching orange-trimmed tickets snaked its way along Mercer and wrapped itself around the corner at Spring. At the end of the line is where I stood, waiting for the line to inch forward and for one of the blue-shirted volunteers to take my ticket and strap a band around my wrist.

Behind me, a group of women had an animated discussion about a man I didn't know, his portfolio, and his house in the Hamptons. Then, suddenly, one of the women interrupted her friends and asked, "Are they only serving meatballs at this thing?"

I was dying to turn around and remind her that the name of the event was Meatball Madness. Thankfully, as I was opening my mouth to say something, the line started to move. 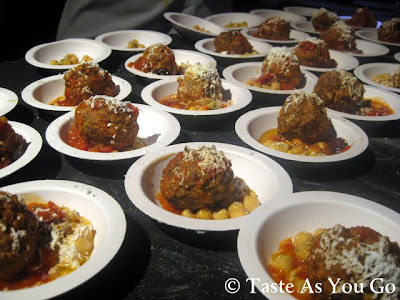 Table of Meatballs at Meatball Madness in New York

Once I made it through the door and up the stairs to the event space, I spotted Lisa from Jersey Girl Cooks waiting for me. Lisa was the winner of the two Meatball Madness tickets that I had given away on Taste As You Go, courtesy of Buitoni, the official pasta sponsor of the festival. She and her husband drove up to the city just for this event, and I was thrilled that we had arranged ahead of time to meet. After a quick hello, they set off to begin tasting meatballs and I headed back to the Buitoni booth to check in. 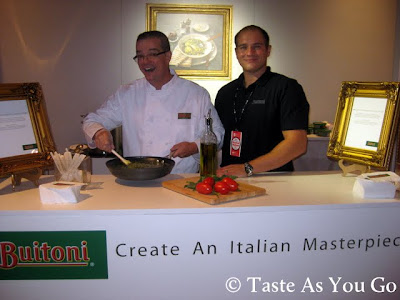 I was greeted by these two lovely gentlemen -- Chef Forrest Waldo II and John (didn't get his last name!). They made sure samples of Buitoni were available to attendees throughout the night. No meatballs with the pasta, but that turned out to be a brilliant move. Periodically going back to the Buitoni booth for more pasta provided relief after tasting meatball after meatball after meatball. 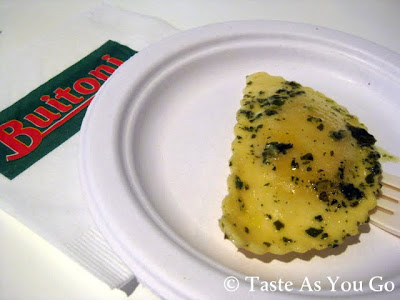 And, truth be told, the first thing I ate at Meatball Madness wasn't a meatball at all. I went straight for the Quattro Formaggi Agnolotti at the Buitoni booth, partly because it was there, right in front of me, and partly because it looked so good. Served with just a smidgen of butter and some chopped parsley, the pasta was a perfect "first course". 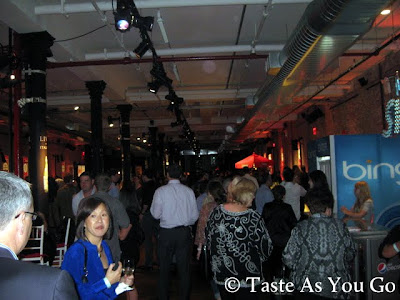 
After establishing a good base with the pasta, I thrust myself out into the sea of people and starting wandering from booth to booth. I tried to be systematic with my approach, starting in one corner and working my way around the room. However, that system failed almost immediately as people swarmed the booths, taking plates from the tables just as quickly as they had been set out. It was clear that it was going to come down to one thing: every woman for herself. 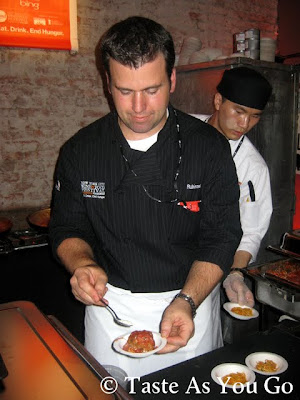 Rubirosa Pizzeria and Ristorante
at Meatball Madness in New York 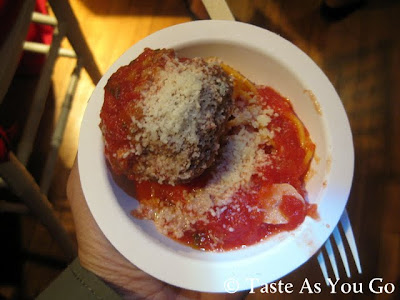 First up? A meatball made from traditional mix of beef, pork, and veal from Rubirosa Pizzeria and Ristorante. Underneath the meatball? A small serving of Spaghetti alla Chittara. Spaghetti and meatballs, for sure. But here, the meatball was the star. 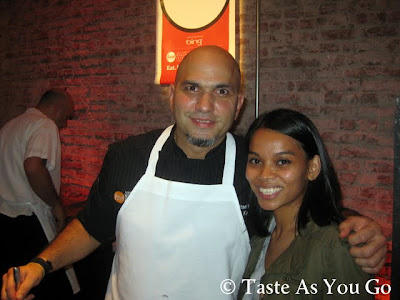 Lisa and I bumped into each other and my next stop -- the Kefi booth. It took me a few seconds of awkward staring at the man standing behind the table to realize that Chef Michael Psilakis himself was serving up the Kefi Meatballs with Orzo Salad. He graciously paused the plating to take some pictures with his fans, including Lisa and me. As for the meatball.... I devoured it before I could take a picture of it with my camera.

The somewhat out-of-focus picture taken with my cell phone still exists on Facebook if you really want to see it, but the picture doesn't do the meatball any real justice. You'll just have to trust me when I tell you that the Kefi meatball was damn good. Moist and full of flavor, I could have gone back for more. 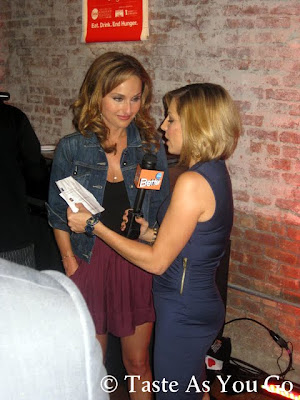 At this point, a significant crowd had started to form a few booths down from Kefi. Giada De Laurentiis, our hostess for the evening, had arrived and was conducting an interview behind the table of her booth. Undoubtedly explaining how all proceeds from Meatball Madness, as well as all of the other festival events, would be donated to the Food Bank For New York City to fight hunger in the five boroughs and to Share Our Strength to support the organization's mission to end childhood hunger in America. I lingered to get a picture with her for as long as possible, but my desperate need for something to drink overpowered my desire for a picture. 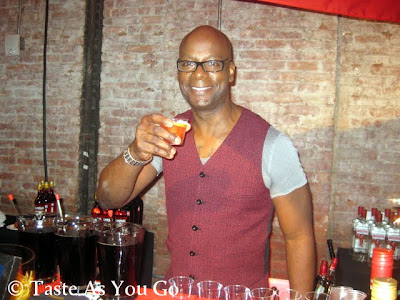 At the Campari booth, they were serving two drinks: the Classic Negroni and the Negroni Sbagliato, featuring Campari, sweet vermouth, and Prosecco.

Guess which one I picked. 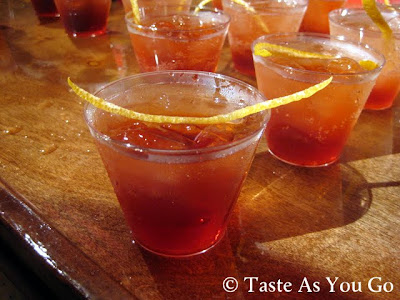 The one with the Prosecco, of course! 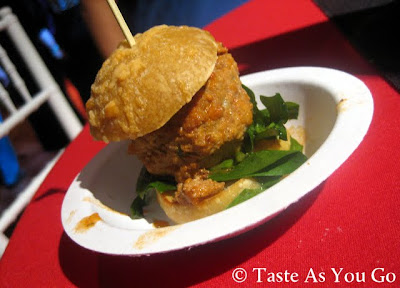 With adequate booze in hand, I set my sights on my next meatball target. Without even knowing it, I found myself at the end of a line at The Little Owl booth, where Joey Campanaro was serving Gravy Meatball Sliders with Dandelion and Pickled Fennel Salad. Gorgeous. Mouth-watering. And, after I finally got my hands on one and managed to smush the slider down enough to fit the meatball into my mouth, absolutely delicious. It's no wonder that The Little Owl was chosen as the winner of the Judges' Choice Award.

I ate two of them before walking away. 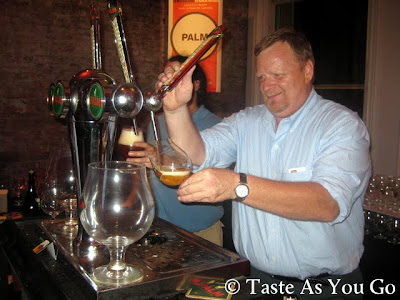 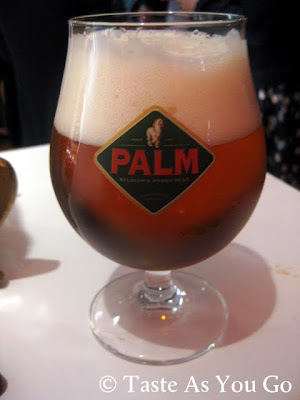 After eating all of those sliders, I was ready for another drink. I gently pushed nudged my way through to the front room to the PALM Breweries booth. I had been watching folks walk around all night with the curiously large goblets branded with the PALM Breweries logo, and I wanted one for myself. 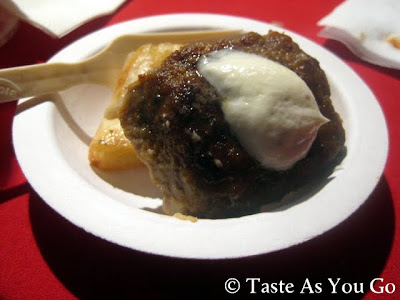 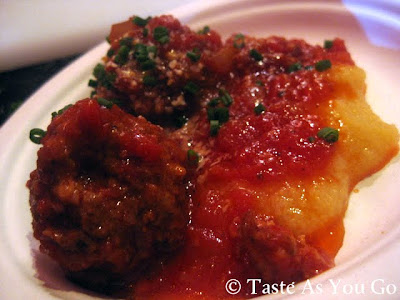 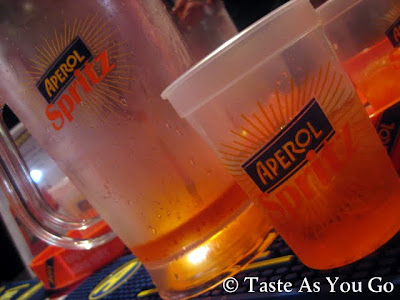 And... That's pretty much how the evening went. Meatball, meatball, drink. Ad nauseum.

Well, not literally, of course.

You know what I mean. 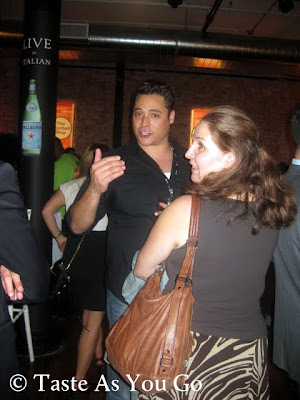 Jeff Mauro, Winner of Season 7 of The Next Food
Network Star, at Meatball Madness in New York 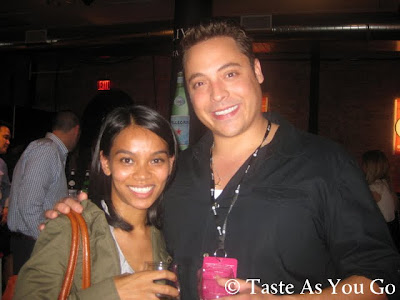 With Jeff Mauro, Winner of Season 7 of The Next Food
Network Star, at Meatball Madness in New York

Every now and then I'd spot a celebrity and would debate about whether I should approach them for a photo. Jeff Mauro, the winner of Season 7 of The Next Food Network Star and host of Sandwich King, saw me standing near him, with my camera in my hands, and summoned me over.

Jeff was a great guy and ridiculously friendly in real life. When I congratulated him on his NFNS win, he gave me a hug and said, "Thanks so much, sweetie! I'm loving the ride." 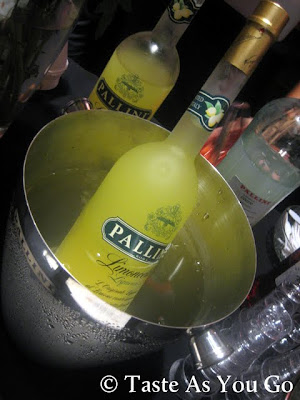 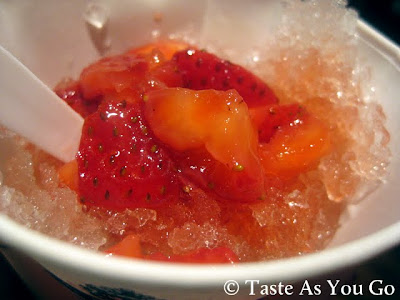 After stuffing myself full of meatballs, I didn't think I had room for anything else. The waistband of my jeans was already pretty tight around my middle. But as I was making my way back to the Buitoni booth, I spotted Traditional Roman Shaved Ice at the Pallini Limoncello booth. Perfect! Something light, sweet, and slightly alcoholic to end the night. I loved the way the strawberries just soaked in the flavor of the limoncello. 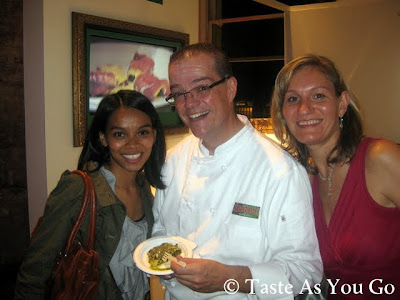 Lisa and I got together for one last photo before leaving the madness of meatballs behind, and Chef Waldo abandoned his pasta station (briefly!) to come out and pose with us.

Stay tuned for more posts about my time at the Food Network New York City Wine & Food Festival... I can't wait to share what I ate and what I saw during the Grand Tasting events over the weekend. Thanks so much to my sponsor, Buitoni, for the opportunity to attend!