Skip to main content
Labels
Posted by Michelle Rittler // Taste As You Go May 08, 2012

The JC100: A Celebration of Julia Child {Recipe: Rolled Omelette} 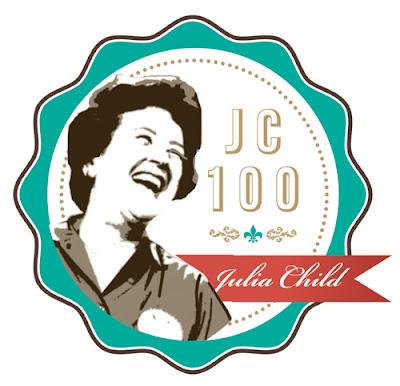 On August 15, 2012 -- three days before my wedding! -- culinary icon Julia Child would have celebrated her 100th birthday. I'm thrilled to announce that I have been invited to join a select group bloggers for the JC100, a national campaign designed to celebrate Julia and her achievements in the world of food.

Each Monday, in the 100 days leading up to Julia's birthday, JC100 participants will receive a specially chosen recipe of hers to prepare, photograph, and write about. By sharing these recipes (and variations on them), we will be honoring Julia's life and career while, at the same time, introducing her legacy to a whole new generation.

The JC100 kicked off on May 7, and the first recipe up is Julia's classic Omelette Roulée (Rolled Omelette). Unfortunately, I'm about to leave town for a few days to celebrate my own birthday and won't have access to a kitchen to prepare my version. I don't want to miss out on the festivities, so I've decided to talk about omelettes and how they affect me as a food lover and as a home cook. 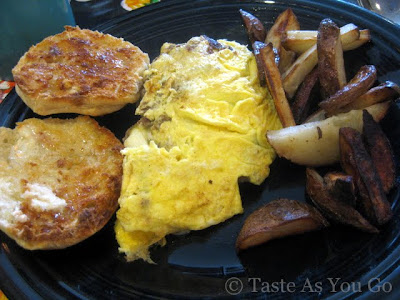 As most of you know, I love brunch and going out for brunch on the weekend is one of my favorite pastimes. When it comes time to order, I gravitate toward the egg dishes and leave the sweeter choices -- the pancakes and the French toast -- to Stephen. If I'm not ordering eggs over-easy, then I'm ordering an omelette, preferably with caramelized onions, cheese (cheddar, farmer's cheese, and pepper jack are my favorites), and sauteed mushrooms. And, when bacon isn't "on the side," then it's in there with everything else.

I can't explain it, but there's something about digging into a tender, creamy omelette that's so damn satsifying.

Another thing I can't explain? My sheer lack of omelette-making skills at home.

Despite putting in my best effort and making repeated, well-intentioned attempts, I can't make an omelette. They always seem to come out like scrambled eggs with stuff in them, and it's really embarrassing. Thankfully, Stephen's been extremely patient and doesn't mind eating the "rejected" ones. I'm just going to have to have courage and keep practicing, using Julia's recipe as a guide.

How do you feel about omelettes? What are you favorite fillings? Do you have trouble making them at home like I do?

Rolled Omelette
For 1 omelette, 1 to 2 servings. Time: Less than 30 seconds of cooking.


Excerpted from Master the Art of French Cooking by Julia Child. Copyright ©1961 by Alfred A. Knopf. Reprinted with permission from the publisher Alfred A. Knopf, a division of Random House, Inc.