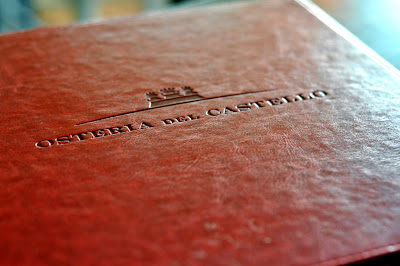 This is the fourth post in my Taste of Tuscany series.

The most difficult part about writing this post had more to do with selecting the right photos than with finding the right words. I could have saved myself a lot of work by limiting myself to the photos of Osteria del Castello and the food that we ate there, but since I've been dying to share more photos of our honeymoon in Tuscany, you're getting... well... more. Lucky you!


After spending practically a full day relaxing at our B&B, we knew we were due for a full day of exploring. We got in our rental car and drove to the Castello di Meleto for a wine tasting and tour of the castle but arrived well before the first tour was scheduled to start.

Rather than wait, we got back in the car and, somehow, found ourselves in the village of Castagnoli. Turns out, it was a lovely place to take a leisurely stroll, and the scenery inspired me to take out my camera to take some pictures. 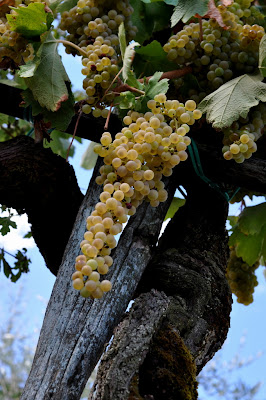 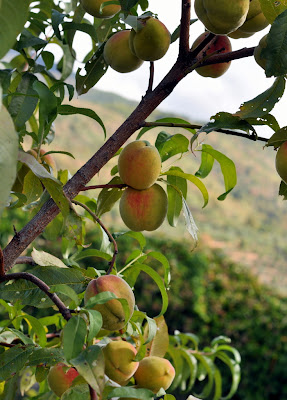 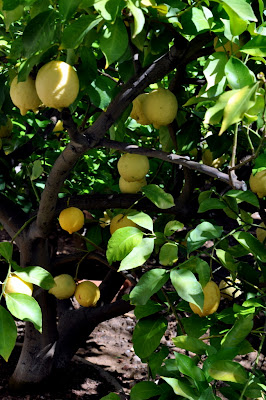 Leave it to a food blogger to make fruit her main subject. 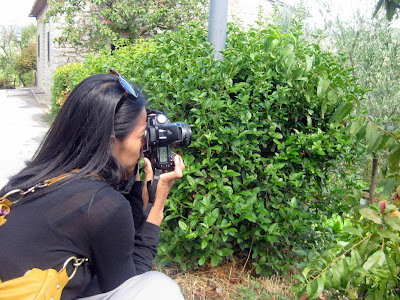 Stephen was a good sport about having to stop every three feet so I could take another picture. He kept himself entertained by taking pictures with my point and shoot camera. I think he titled this one "Food Blogger in the Wild".

My husband is such an amusing man. 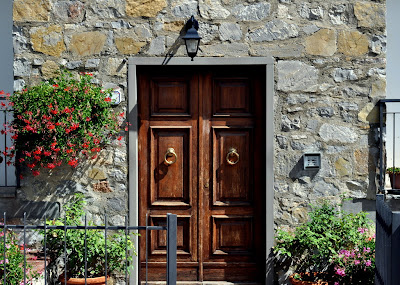 On our way back to the car, I spotted this gorgeous wooden door leading into a large stone house off the main street. (Actually, I think there was only one street...) I was so obsessed with how picturesque the scene was in front of me that I almost knocked on the door to see if anyone would answer. I was curious to see what the inside of the house looked like! 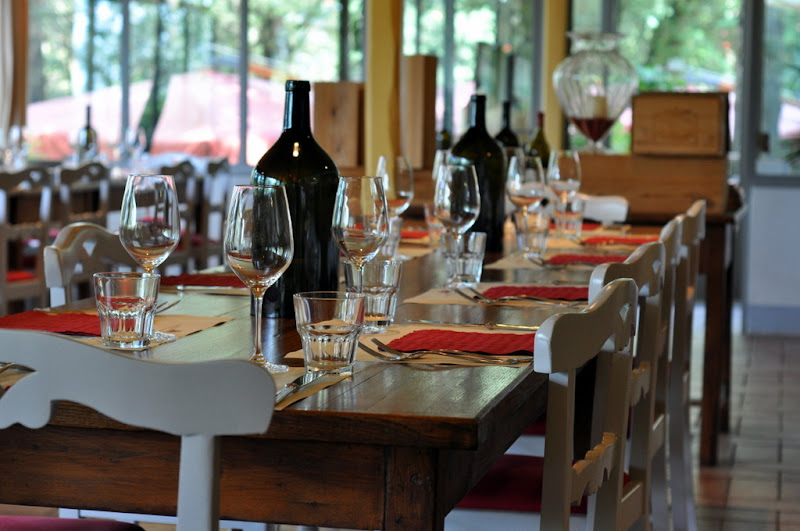 We were starting to get hungry for lunch, so we headed to Osteria del Castello, located about halfway up the hill to Castello di Brolio. The restaurant and the castle were on our hostess' must-see list, so we knew we were in for a treat.

Despite Elena's recommendation that we eat outside in the terrace, it had rained the day before and everything was still a little damp. We didn't mind and were rather delighted to grab a table inside where it was nice and cozy. 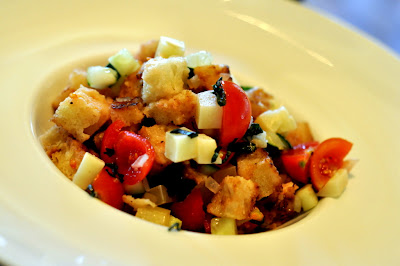 To keep things light -- it was lunchtime, after all -- I ordered two dishes from the Primi menu. The Panzanella (Euro 8,00) was absolutely delicious. Unlike the version I ate at Trattoria La Grotta della Rana, this version featured the traditional cubes of bread and chunks of fresh tomato and diced cucumber. I especially enjoyed the sharpness in flavor from the nuggets of Provolone cheese that were unexpectedly mixed into the salad. 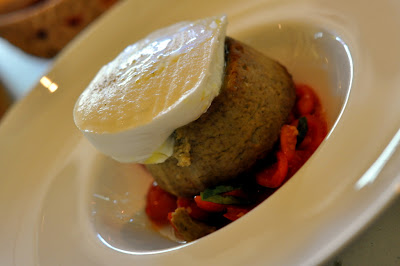 I also ordered the Eggplant, Buffalo Mozzarella, and Tomato Flan (Euro 10,00), an elegant dish that was much more sophisticated in flavor than I thought it would be. While I wasn't a fan of the texture of the flan (can something be gritty and smooth at the same time?), I did love how the earthiness of the eggplant played with the brightness of the tomatoes and the creaminess of the cheese. 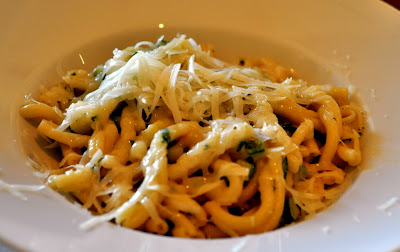 Stephen skipped the Primi Course and went straight to the Secondi Course. He ordered the Handmade Casarecce Pasta with Zucchini, Mint, and Pecorino (Euro 10,00). This dish was perfect for the season, and we both thought that the mint helped highlight the flavor of the zucchini.

Truth be told, I attempted to recreate this dish when we got back from Italy. Unfortunately, I didn't quite nail it the first time out of the box. I'm going to have to try again when zucchini is in season. 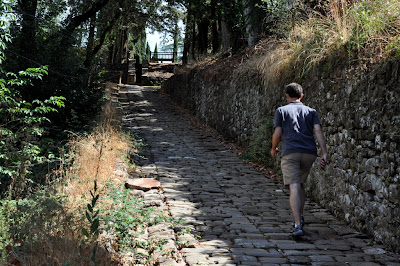 After lunch, we walked up the hill to take a tour of the castle. But, as luck would have it, the castle was closed on Mondays.

We didn't completely miss out, though. For Euro 5,00 each, we could tour the garden and the grounds for as long as we wanted. 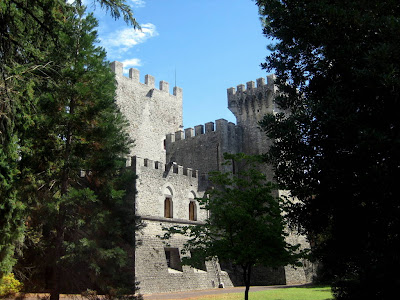 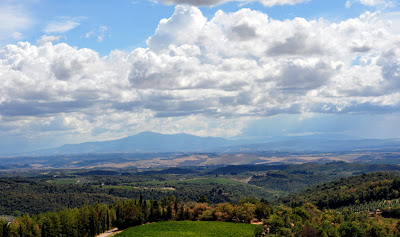 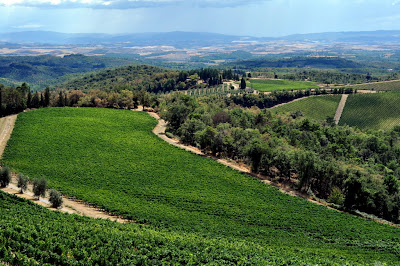 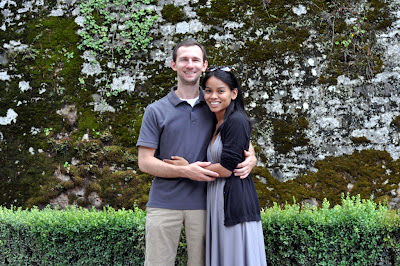 The views were simply breathtaking. If I had a book and a glass bottle of wine, then I could have stayed on the terrace all day, reading and drinking to my heart's content.

Alas, neither book nor wine were to be had at the castle. We had to go down the hill for the wine. 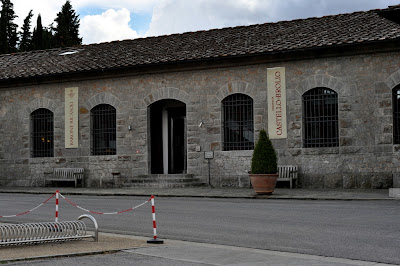 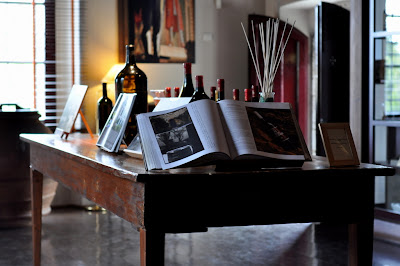 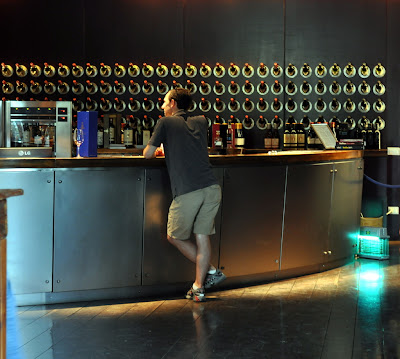 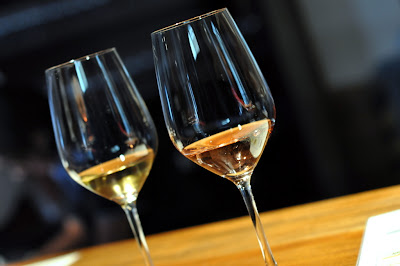 Our tickets for the Garden Tour granted us a tasting of wine (one glass each) at the Castello di Brolio Enoteca. The staff was extremely friendly, and Stephen and I loved the juxtaposition of modern and rustic in the decor in the wine shop. What a lovely way to end our day!

(To see larger versions of the photos in this post, just click on any one of them to open in a new tab/window.)