Brunch of a Different Color at Kittichai 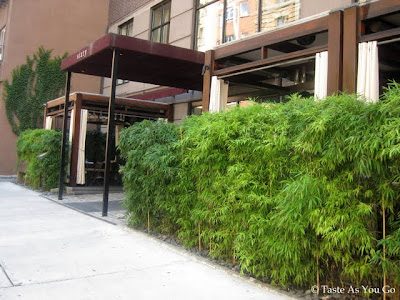 The first time I visited Kittichai, I walked right past the restaurant because I was thrown by the wall of lush greenery on either side of the entrance and wasn't looking high enough for the sign confirming that I was, in fact, in the right place. 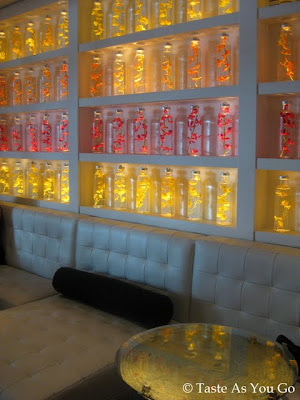 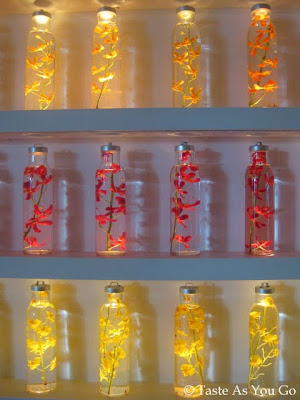 Despite being turned around while trying to find the restaurant, I was actually early to meet my girlfriends for brunch. I used the time to sit back and soak in the elegant decor of Thom Bar, the bar located at the front of the restaurant. 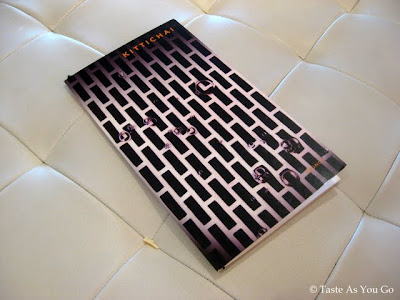 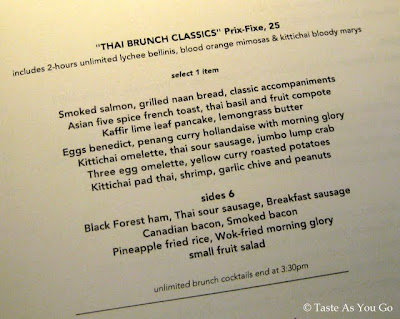 I also used the time to read through the descriptions of the brunch offerings one more time. Each "classic" brunch dish incorporated elements of Thai cuisine into it, and since I'm a huge fan of Thai food, I knew that choosing one dish was going to be difficult. 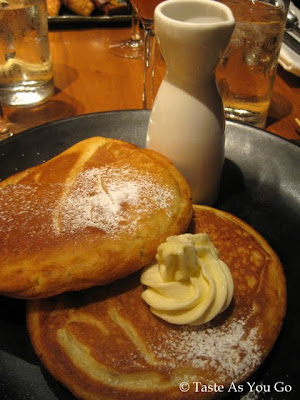 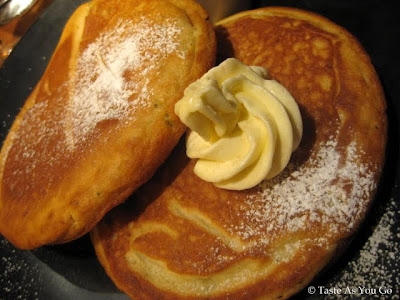 In the end, I chose the Kaffir Lime Leaf Pancakes with Lemongrass Butter because I already knew that I loved the addition of citrus to cakes and breads. When my plate of pancakes finally arrived, my eyes nearly bugged out of my head when I saw how thick they were! The pancakes were intensely fragrant but their flavor was subtle, with the kaffir lime leaves being accentuated by the lemongrass butter and maple syrup. Unfortunately, due to the size of the pancakes, I couldn't finish both of them and actually debated with myself over whether bringing half of a pancake home with me to Queens was a good idea. 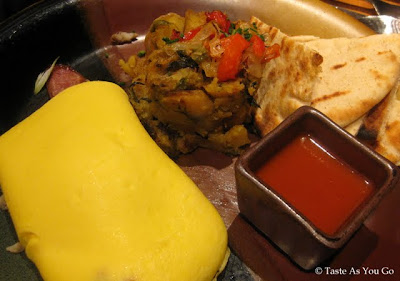 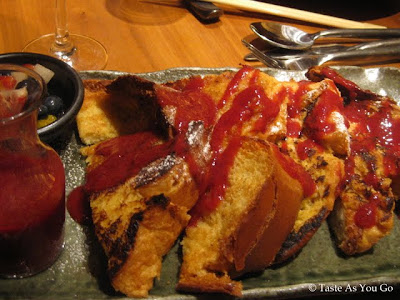 Candice ordered the Kittichai Omelette with Thai Sour Sausage and Jumbo Lump Crab, while Mary Catherine chose the Asian Five-Spice French Toast with Thai Basil and Fruit Compote. Being the fabulous friends that they are, they graciously allowed me to try a few bites. I didn't especially enjoy the Thai sausage/crab combination, and the five-spice was so overpowering that I was relieved I hadn't ordered the French toast. I don't know whether my taste buds were sensitive that day or whether someone in the kitchen had a heavy hand (or both), but, if I had to go back to the beginning of the meal and order again, I'd stick with the pancakes.

Unless you're fond of the flavors of Thailand, Kittichai's unique brunch dishes may not be for you. But if you're adventurous and are looking to try a variation on an old favorite, then definitely consider stopping by Kittichai. The unlimited blood orange mimosas that accompany brunch are worth it!