This delicious fall dessert has all the flavors of homemade apple pie without the added pressure of making it look perfect. 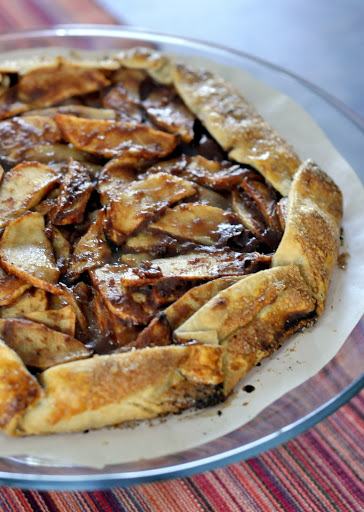 For the first time ever, Stephen and I will not be traveling for Thanksgiving this year. We decided to take a break from the usual frenzy associated with the start of the holiday season in order to enjoy some relatively quiet time at home as a family of three (plus a Monty).

Of course, making the decision to stay home meant accepting the challenge of cooking Thanksgiving dinner without the benefit of family members contributing the mashed potatoes or green bean casserole or an assortment of desserts. The reality of it intimidated me at first, but the more I thought about it, the more I realized we'd now have the opportunity to lay the foundations for our own family traditions. 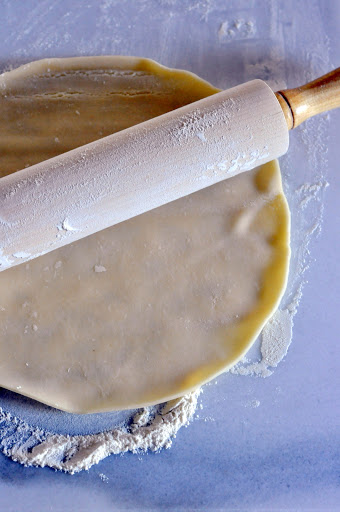 Taking a moment to consider the bigger picture changed everything for me, and I stopped worrying about creating a Pinterest-worthy Thanksgiving. Instead, I tried to plan a meal that would feature some mutual favorites, as well as some respective no-contest must-haves.

I told myself that it would still be a memorable holiday even if we have to push back the start of dinner because we're tending to Caroline or if some dishes don't turn out as planned. 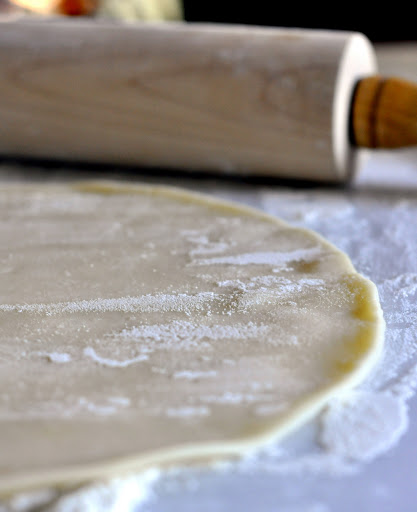 With those sentiments in mind, I'm excited to share my recipe for Simple Vanilla Apple Galette with you. Thanks to store-bought pie crust, the dessert comes together in no time and is easy enough to assemble that little ones can help out, making the galette the ideal dessert to make for Thanksgiving. 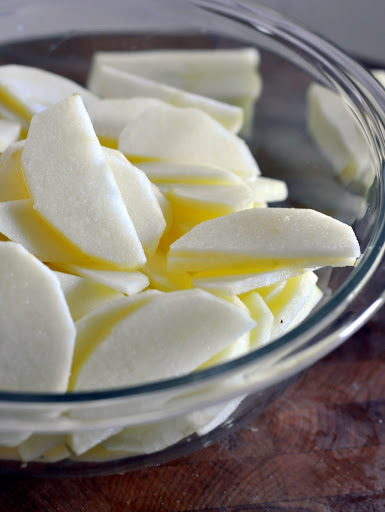 Once you've rolled your crust out a bit, go ahead an peel and slice your apples. There's no one right type of apple to use here, but, if you can, try and use a firm, crisp apple. You'll want something that will withstand a long time in the oven.

In case you're wondering, I used Honeycrisp apples. 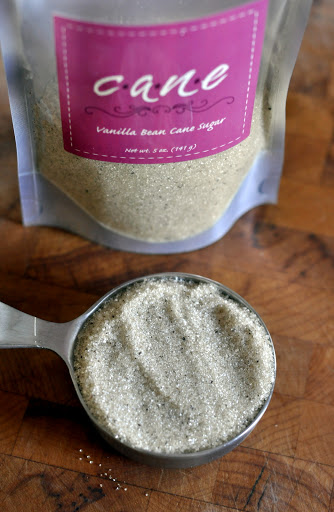 And, although this recipe calls for a touch of pure vanilla extract, I wanted to amp up the vanilla notes. Thankfully, I still had some Vanilla Bean Cane Sugar, courtesy of the folks at s.a.l.t. sisters, still in the pantry and used that in place of regular granulated sugar.

If you're unable to order this particular flavored cane sugar through s.a.l.t. sisters, then try making your own at home. It's actually pretty simple to do! 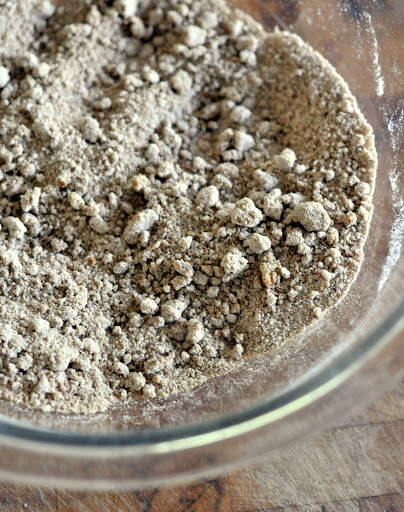 Combine the vanilla bean sugar with some brown sugar, flour, cinnamon, and salt, 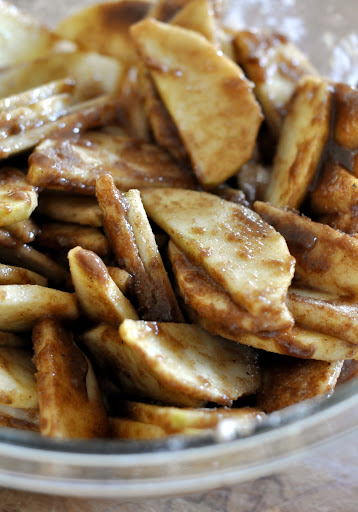 and then toss the sliced apples with the flour-and-sugar mixture. 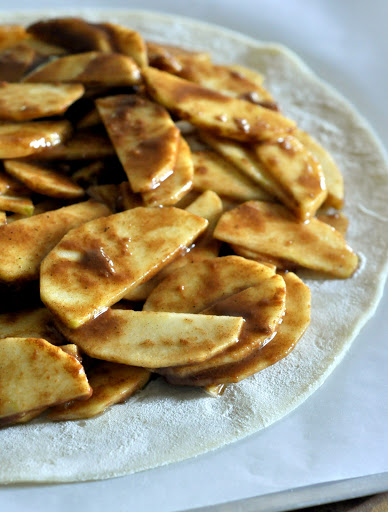 Once coated, pile the apple slices into the center of the pie crust while leaving an uncovered border of dough around the edge. Since galettes aren't meant to be fussy or over-worked, I didn't bother creating an eye-catching pattern with the slices. If you want to serve a dessert that's a little less rustic-looking, then, by all means, have at it! 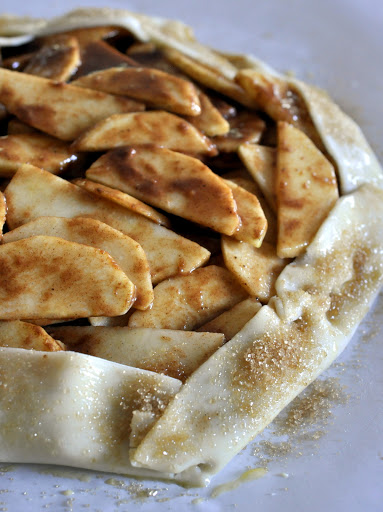 Take the edges of the crust and gently fold them up and over the apples along the perimeter in order to contain the filling. Lightly brush the edges with an egg wash and sprinkle some raw cane sugar (turbinado sugar) on top. This would also be a great time to use some more vanilla cane sugar!

Place the galette on a baking sheet lined with parchment paper and bake until the filling is bubbly and the crust is golden brown. Then, once the galette is out of the oven, allow it to cool for 5-10 minutes before slicing and serving with -- what else? -- vanilla ice cream.

Do you remember what I said earlier about being okay with dishes that don't turn out as planned?

The finished galette doesn't look perfect in these photos. The apples are arranged this-way-and-that, the brown sugar mixture came out thick in some spots, and parts of the crust cracked while the galette was baking.

But you know what?

The galette still tasted delicious, and Stephen and I devoured it in record time.

Try to keep that in mind this Thanksgiving as you dig into your meal. It's not always about how something looks. After all, how many times have you eaten something that looks like a recipe gone wrong but winds up being the most popular dish on the table?

Enjoy the imperfections. Most of the time, they taste even better than the dishes that look like the ones in the pictures. ;-)

Whether you're staying home like we are or you're traveling to be with loved ones, I hope you all have a safe and happy Thanksgiving!


Recipe by Taste As You Go // adapted from PureWow | Printable Recipe

This delicious fall dessert has all the flavors of homemade apple pie without the added pressure of making it look perfect.