This cozy restaurant is a popular little breakfast and brunch spot just minutes from Hershey Park. 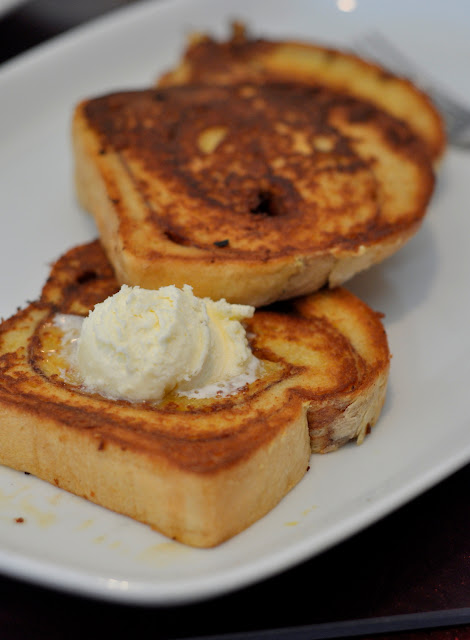 When Stephen and I originally talked about going on a babymoon, we envisioned ourselves somewhere warm, preferably with our toes in the sand. But, as things go, we missed the window for a mini beach vacation (i.e. we waited too long to book a trip), so we shifted our sights away from fun in the sun and focused on the next best thing -- getting pampered at a spa.

We wound up driving to The Hotel Hershey for a long weekend and treated ourselves to massages at their on-site spa affectionately known as The Chocolate Spa. (What better place to bring a pregnant foodie, right?!?)

While we were out there, we had brunch at The Hershey Pantry, a super popular spot just minutes from the hotel that's famous for their stuffed French toast and assorted pastries. The restaurant is small and doesn't take reservations, so we had to shuffle around the tiny area between the hostess stand and the front door while we waited for our table... a challenging task for someone sporting a baby bump.

I can remember standing there, enviously watching people who were already seated enjoy their meals and wondering how long it would be before I told Stephen that I was too hungry to wait.

Just when I began seriously considering playing the pregnant card, our name was called and we were shown to a table right by the door. I became acutely aware of the eyes of those still waiting to be called upon us as I opened the brunch menu and made my selection very quickly.

"I'll have coffee and water, please. And the Cinnamon Bread French Toast with a side of Homefries, thanks."

Our food came out quickly, and Stephen and I didn't waste any time digging into it. Normally, I'm not one to order something sweet for brunch, but my need for sweet foods was at an all-time high during my pregnancy, so I'm not surprised I skipped my usual order of eggs in favor of the Cinnamon Bread French Toast ($6.40). 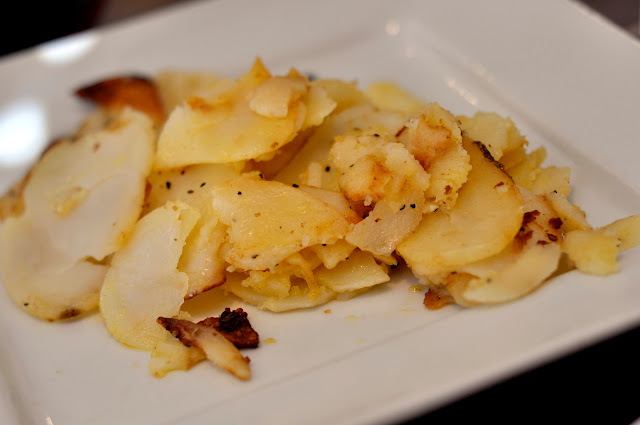 I now understand why The Hershey Pantry is known for their French toast. The three thick slices of Cinnamon Bread French Toast that I ordered had a perfect crispness on the outside, a satisfying chew on the inside, and just the right amount of cinnamon. In fact, the French toast was so delicious on its own, I only drizzled the slightest bit of maple syrup over the top of it. Unfortunately, the Homefries ($3.15) I ordered didn't wow me as much. I found them to be unevenly cooked and unevenly seasoned.

Was the wait for a table worth it? I'm not sure. Given our lack of brunch options that weekend, I'm inclined to say that it was... But if I had to do it all again, I'd skip the Homefries altogether and concentrate solely on the French toast.