This recipe for Barbecue Chicken Pizza first appeared on Taste As You Go in 2008. An updated version then appeared in 2011. I updated the photos again in June 2017 and made some updates to the recipe card in February 2021. 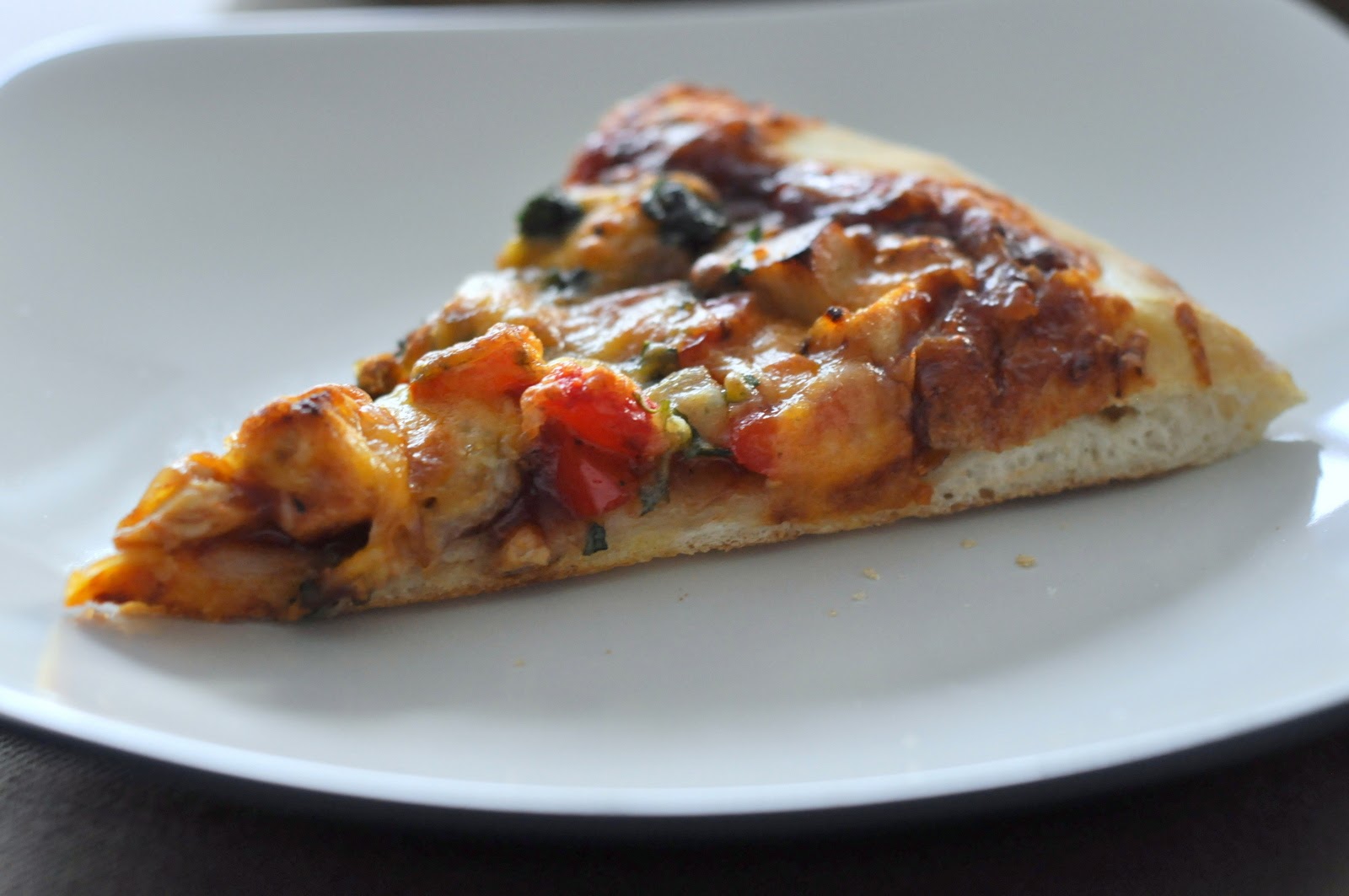 This post contains affiliate product links. Clicking on the links may result in my being paid a commission based on product sales. Regardless of commission, all opinions expressed in this post are my own. For more information, please review our site policies.

There have been definite points in time when I couldn't leave well enough alone. (I'm sure the perfectionists out there can understand where I'm coming from.) Take this recipe for Barbecue Chicken Pizza, for example. This was one of the very first recipes I shared on Taste As You Go. And, even though I've already shared an updated version of the recipe, I wasn't happy with it.

Yes, I'm sharing the recipe yet again. But, as I was editing these photos, that familiar dissatisfaction began creeping up. These photos aren't exactly what I want either. So... I wouldn't put it past me to try photographing this particular pizza for the fourth time in a few years. 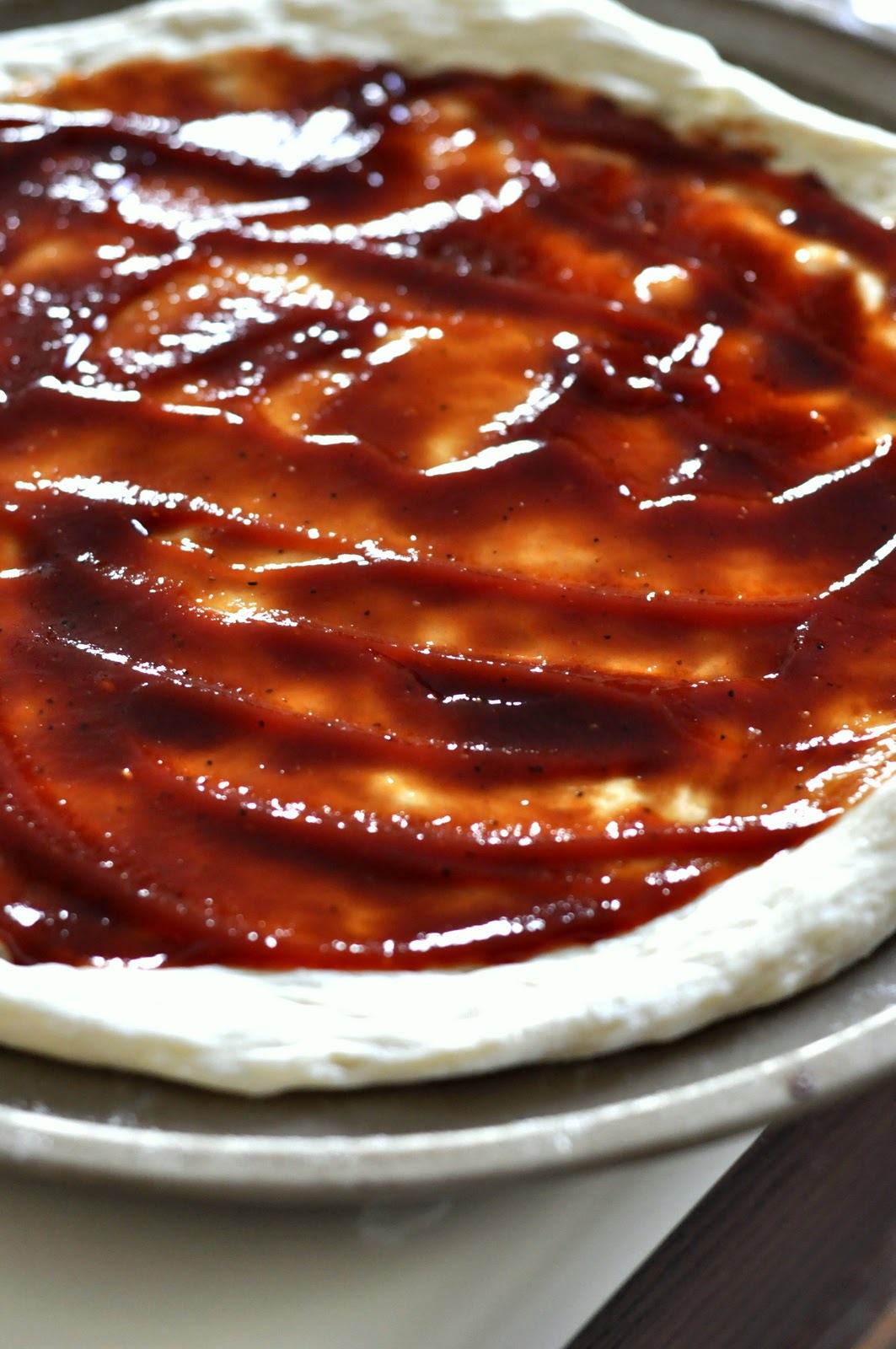 One of the biggest differences between this version and the previous ones is the use of pizza dough. In the earlier recipes, I relied on pre-baked pizza crust, but I have since come around on that. I haven't reached the point of making pizza dough from scratch each week... but I do like using the fresh dough you can find in the grocery store. The resulting pizza is so much tastier and I prefer the texture of the crust.

For the most part, the actual method of assembling the pizza remains the same. Roll out the dough and spread your favorite barbecue sauce on top. 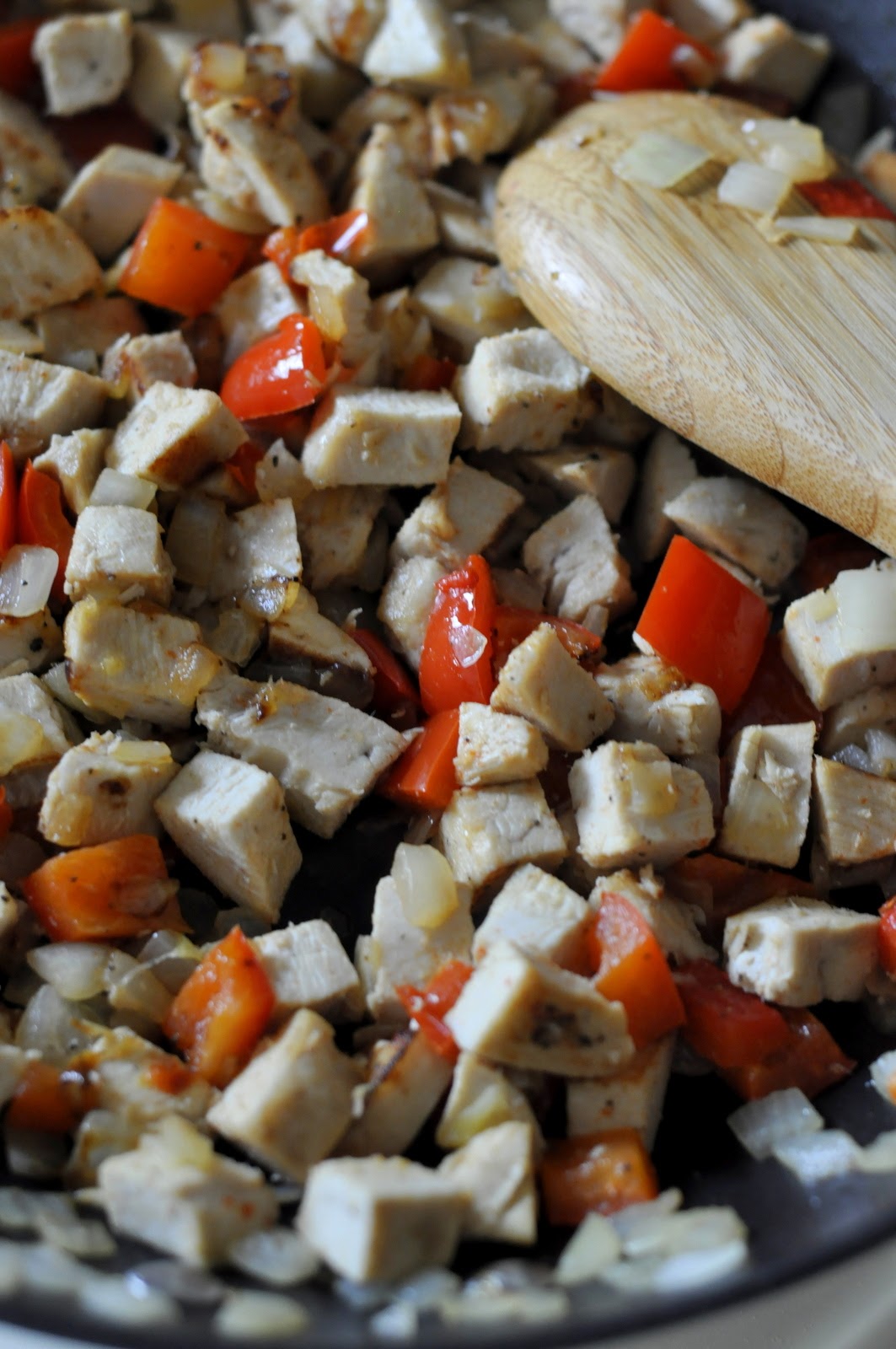 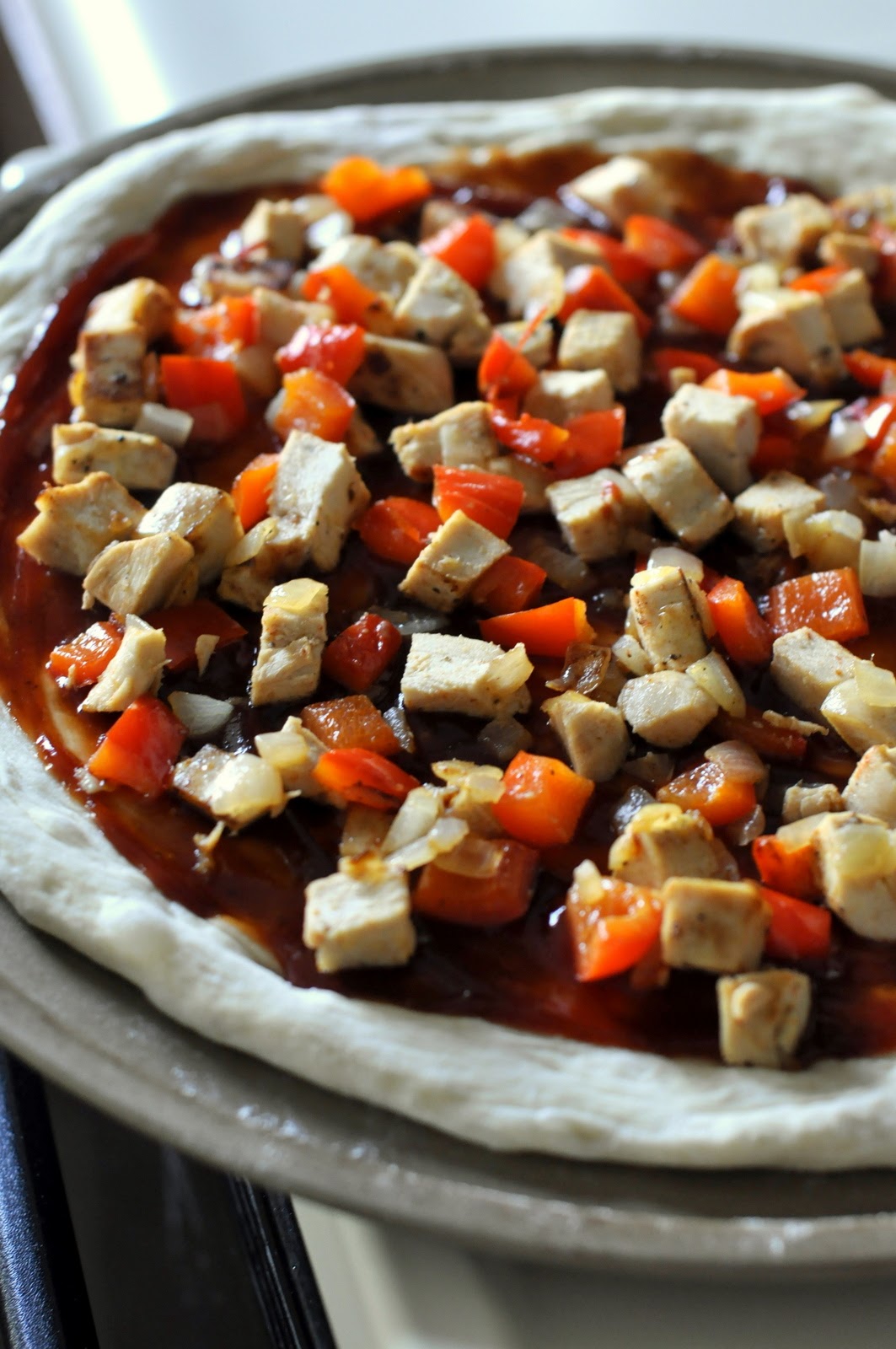 Top with a mixture of diced chicken and sauteed bell peppers and onions. 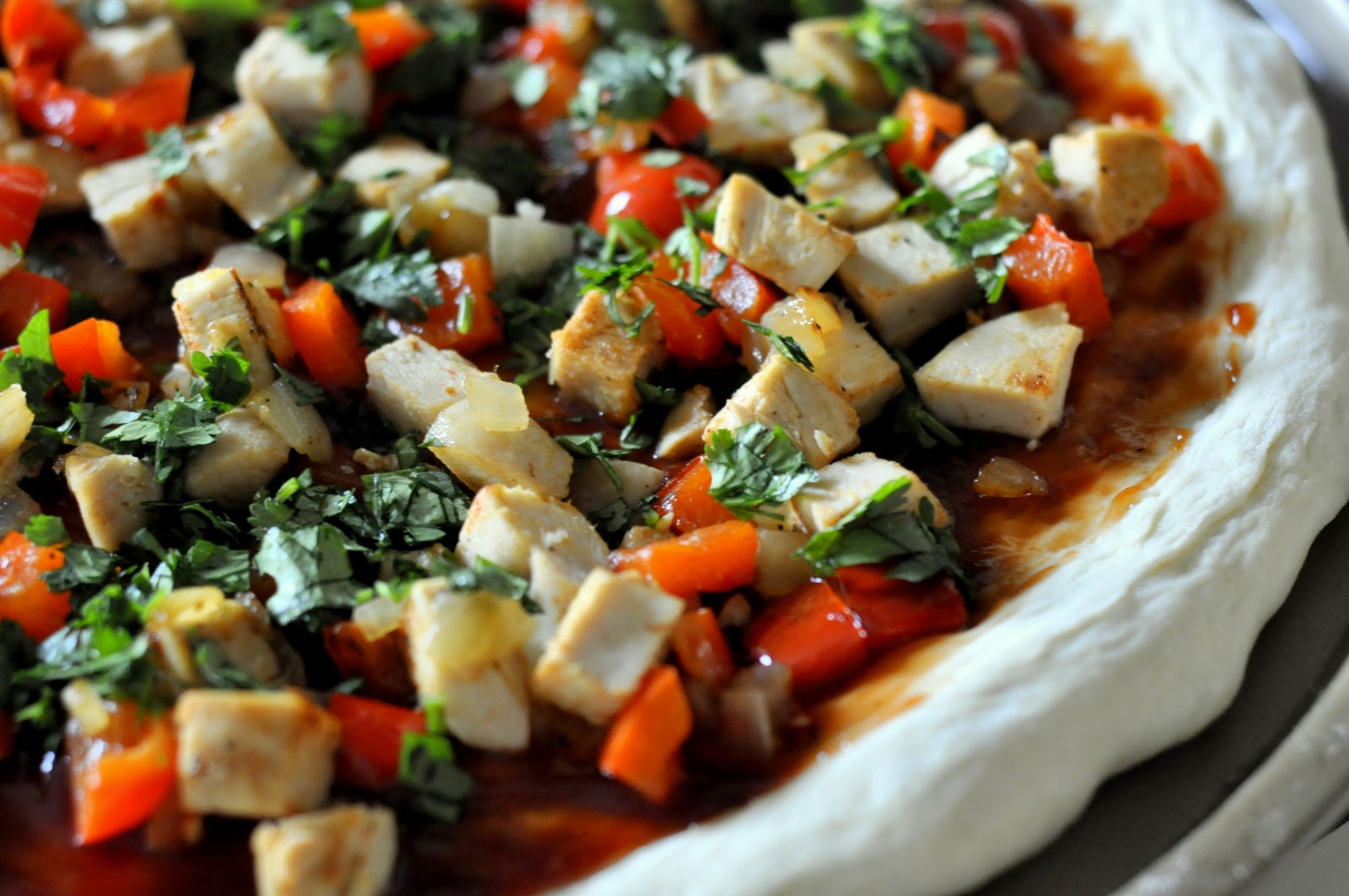 Sprinkle with some chopped fresh cilantro and smother with shredded cheese. Then slide that bad boy into the oven to bake.

Over time, we've discovered that baking our pizza at 500°F on the bottom rack for 10-11 minutes produces the crispy bottom and chewy outer crust that we like. But don't feel you have to follow those specifications for your pizza. Bake it up the way YOU like it! 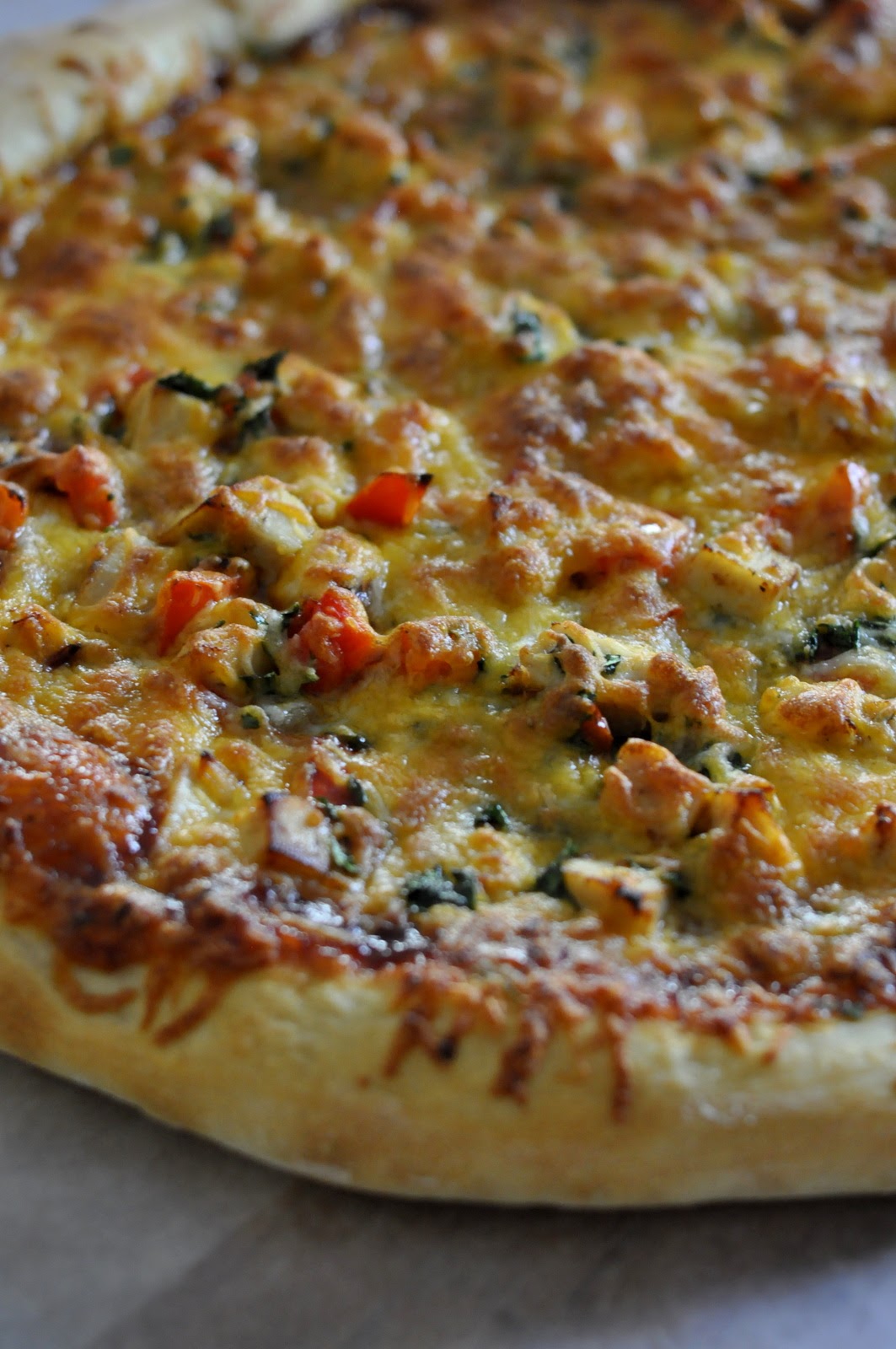 Just one tip with this pizza -- when you take it out of the oven, allow it to rest for a few minutes before slicing. This will help prevent all of the toppings from sliding off (and burning your face!) when you bite into it. ;-) 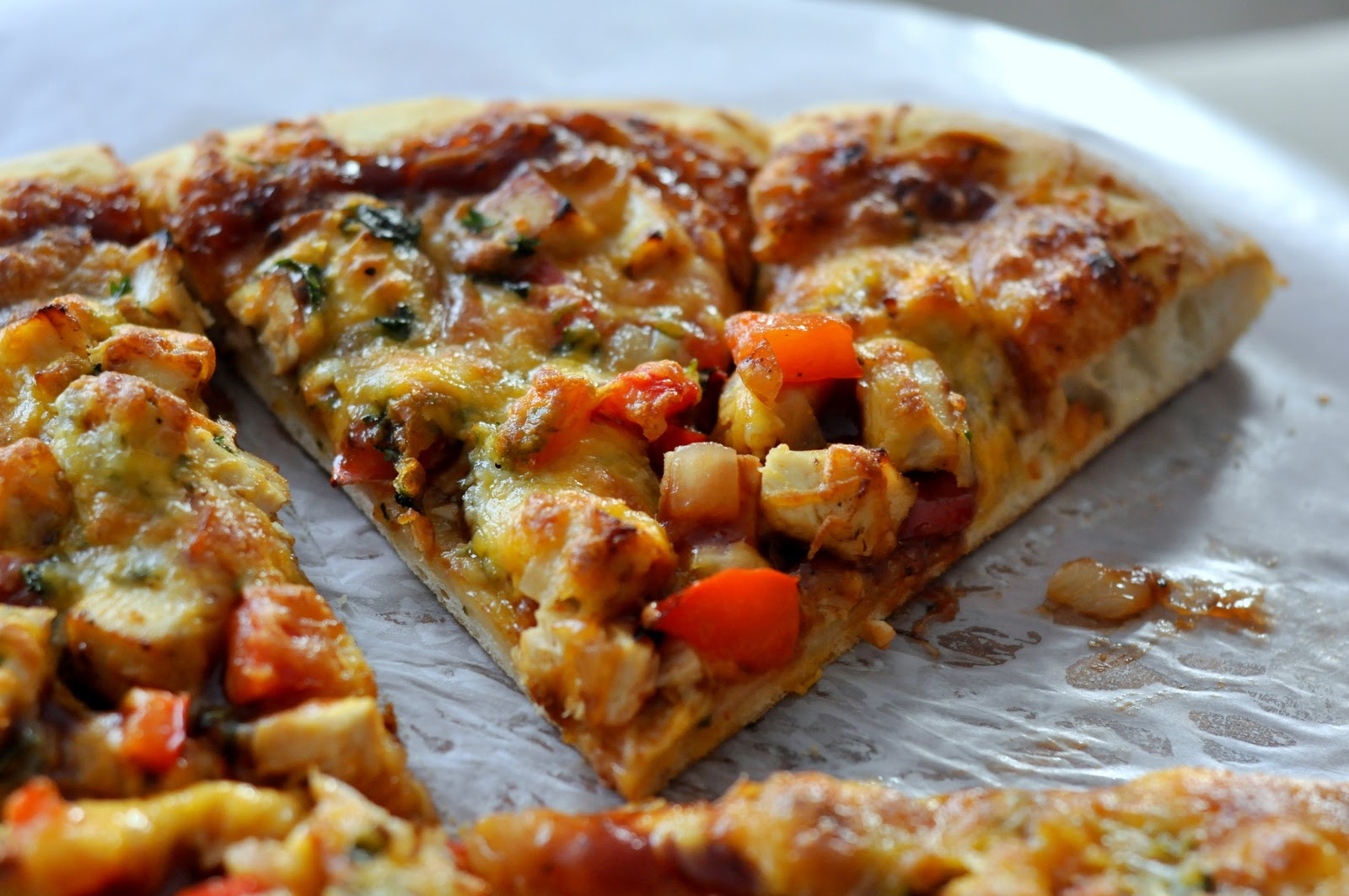 This pizza recipe for Barbecue Chicken Pizza is great as-is and even better when it's spiced up with spicy barbecue sauce and/or sliced jalapeno peppers on top!
Prep time: 10 MinCook time: 20 MinTotal time: 30 Min

Tag @tasteasyougo on Instagram and hashtag it #tasteasyougo!
Created using The Recipes Generator