This homemade bacon jam is a tasty way to combine salty and sweet. Seriously, put this stuff on everything. 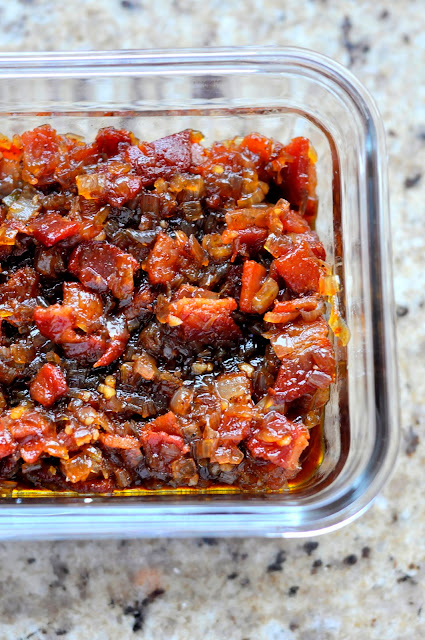 I am of the mindset that bacon makes everything better. In fact, I'm pretty sure that a love of bacon is a prerequisite for anyone looking to join our family.

Of course, in my world, bacon isn't only a breakfast food. BLTs for lunch? Amazing. Especially with some sliced avocado on top and a heaping pile of potato salad on the side. When I don't want to have bread with my bacon, then I'll chop the bacon up and sprinkle it on top of a salad.

Bacon makes a delicious topping for a burger. My go-to burger order used to be a bacon cheeseburger... I'd consider it a bonus if I could also put barbecue sauce and caramelized onions on that bad boy. Slide some crispy fries onto the plate and I'd call that heaven.

Then I met bacon jam.

I don't remember how long ago it was when I first tried bacon jam. And I don't remember exactly where it happened either. But I do know that my life changed at that moment... And now I'll order any burger on the menu that comes with bacon jam.

Because I love bacon jam so much, I thought it high time I made some at home. Ironically, my initial thoughts didn't go to burgers. I wanted to use the bacon jam as a spread on the charcuterie board I was planning on serving on New Year's Eve.

But, well, that didn't happen.

Keep reading to see how easy it easy to make homemade bacon jam... and keep an eye on the blog over the next several days as I'll be revealing how I used this particular batch of bacon jam in a post down the road! 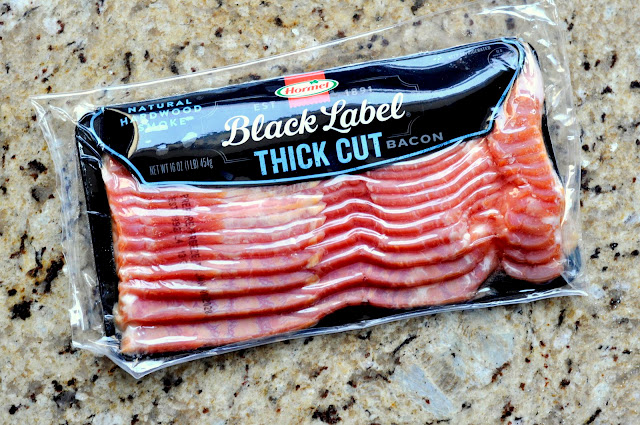 You're going to want to start with a pound of bacon. I used thick-cut bacon because I prefer a little texture to my bacon jam. (And because it was on sale.) If you'd prefer a smoother consistency, then, of course, use regular bacon. 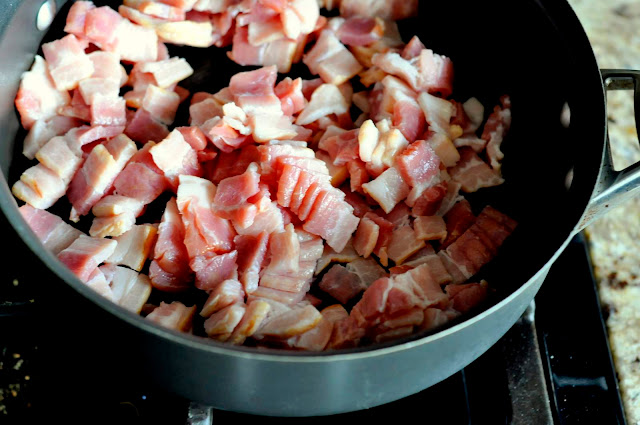 Chop the bacon and cook the bacon until browned and crispy. Since all of the ingredients eventually cook down together, I recommend cutting the bacon into 1" pieces. As you make more batches of homemade bacon jam, you'll start to understand how the thickness of the bacon and the size of the pieces affect the jam's overall texture.

So don't get discouraged if the jam isn't exactly how you want it the first time around! 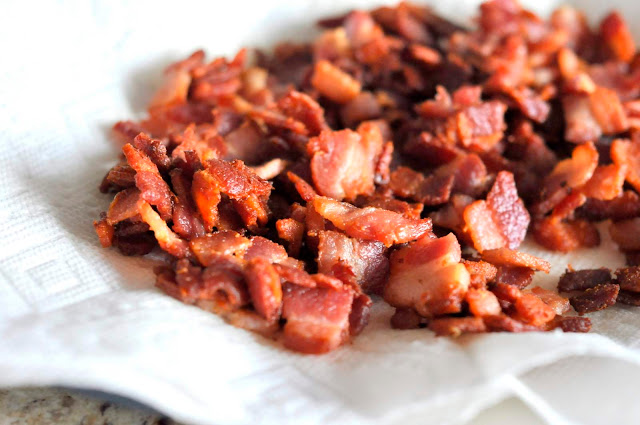 Remove the crispy bacon from the pan and allow to drain on a paper towel-lined plate. Try not to sneak too many pieces as you move on to the next step. 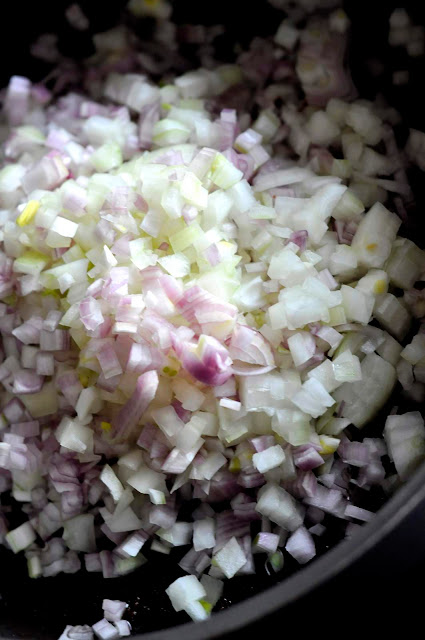 While the bacon is draining, you're going to cook chopped onions and shallots together in some bacon fat that you reserved in the pan. Try and dice the onions as finely as you can so they'll caramelize more quickly. 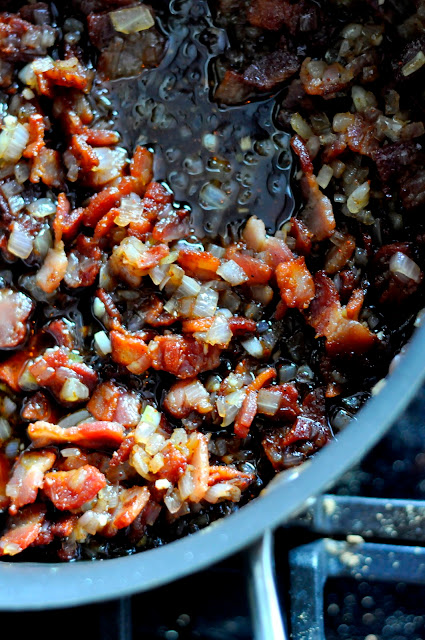 Once the onions are caramelized, add the bacon back in along with garlic, brown sugar, maple syrup, apple cider vinegar, and chili powder. The simmer until the liquid has reduced and the mixture has thickened to a consistency resembling that of jam. 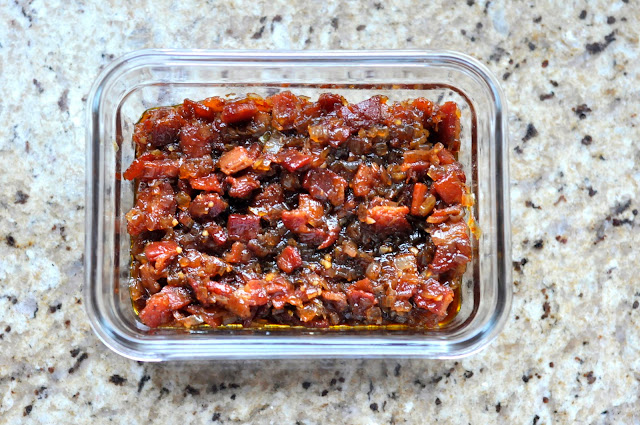 At this point, go ahead and dig right into that pan with a spoon. I won't tell anyone.

As I said earlier, this homemade bacon jam goes really well with cheese and crackers. Personally? I love it with brie and sliced green apples. But if you want to go the burger-and-bacon-jam route, I'll be sharing a tasty burger recipe on the blog next week that calls for bacon jam as a topping.

This homemade bacon jam is a tasty way to combine salty and sweet. Seriously, put this stuff on everything.