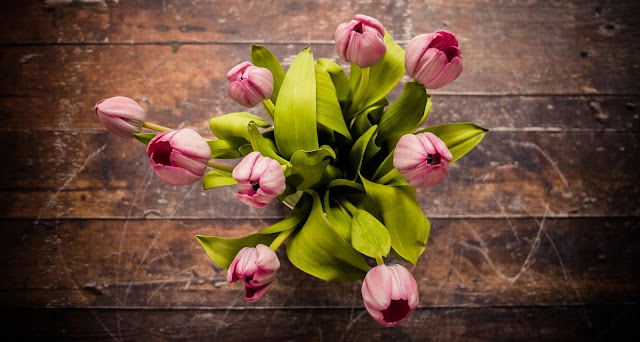 I was talking to a girlfriend of mine the other day, and our conversation kept circling back to the same thing. We are both feeling burned out and overwhelmed by our new realities.

I know I should be cutting myself some slack given the times we're living in. But it's killing me that I can't commit 100% to any area of my life right now. I can pop in my earbuds to focus on work... but I know that there are two little kiddos waiting outside the door for me to say it's okay to come in. I can spend time creating special learning games for them to make up for the lack of their school routine... but then I can't spend time with them playing those games over and over again.

Even now, as I write this blog post, I'm thinking of the other "more important" things I should be doing. Like finishing the laundry or putting away the things that are piling up on our dining room table.

But I need this.

In a small way, blogging makes me feel accomplished and productive. So the laundry can wait. The things in the dining room can wait. Right now, I need to focus on the thing that helps me achieve a sense of balance and calm.

But really quickly... Before I jump into this week's menu plan, let's review how last week's plan went.


As I said last week, I used the last of the ground turkey we had in the freezer and the canned corn and canned cannellini beans we had in the pantry. Since we didn't have the coriander like I thought we did, I used some of our Salsa & Pico seasoning instead. Rather than use cayenne, I used crushed red pepper... and I used the last of the turkey stock we had in the freezer (made from our Thanksgiving bird) in place of the chicken broth. Sadly, we didn't have avocado in the house, so we had to skip that.

As for the cornbread muffins, I made only one major substitution. We don't have honey, so I used maple syrup instead. These muffins were a HUGE hit, so I have a feeling I'll be making them again... once I get more cornmeal, that is.


I had to use a can of kidney beans since I used our last can of cannellini beans for the chili. The family really liked the change, and it may be one we stick with moving forward. I got distracted and forgot to cook up the last bit of ditalini in the box to add to the soup... and Stephen confessed that he preferred the soup without the pasta, which I use instead of the bulgar called for in the recipe.


I chose to make farfalle and nearly burned the marinara sauce. Good times.

I cooked up that ditalini I wanted to put in the soup and ate it with butter and shredded cheddar.


Peapod Delivery Day! I was worried about the ingredients I needed for the potato salad wouldn't arrive, but they did, and dinner went ahead as planned.


To save the mushrooms for another meal, we skipped putting them on top of our pizza and only used broccoli and caramelized onions on top of the mozzarella.


I almost had to think of a Plan B dinner since the tater tots I ordered from Peapod didn't arrive. Thankfully, Stephen was able to grab a couple of bags while he was at the grocery store yesterday and we ate the best comfort food we've had in a long time.


I was originally going to make the pork chops in the slow cooker with some barbecue sauce and sliced apples and onions. I even ordered the mega bottle of barbecue sauce from Peapod in preparation. But, for some reason, breaded pork chops sound so much more appetizing, especially for a holiday meal.

I made the carrot cake yesterday and the entire family kept circling around the kitchen waiting for me to offer tastes of the cake batter and frosting. If that cake lasts through 'til tomorrow, I'll be very surprised.


I've had a can of French onion soup in the pantry forever. Honestly, I can't remember why I originally bought it. But I was tired of seeing it in the pantry taking up space, so I'm making this recipe for roast beef sandwiches that is actually printed on the label of the can.

I wasn't able to get the right kind of rolls from Peapod, so we're going to use the remaining hamburger buns we have in the freezer after last week's Burger Night.


Peapod was running a 10 for $10 special on canned beef ravioli. Yes, the kind with a chef on the can. All ten cans I ordered showed up... and since I haven't had this stuff in a LONG time, we're just going to go for it on Thursday.


I haven't been having any luck ordering poultry from Peapod over these past several weeks, sowe haven't had chicken in forever. Stephen was able to find some in the store on his weekly outing, so now we have five pounds of chicken tenders in the freezer. I'll use a pound of them for this pizza.

Unfortunately, it won't be the same without chopped cilantro (I couldn't order it and forgot to ask Stephen to look for it at the grocery store yesterday), but we'll make do.


It's time. I need a break from cooking, so we're going to support one of our local restaurants and order take-out. Right now, we're considering Indian food, but I have a feeling we'll change our minds a thousand times between now and then.

How are you guys doing? Are you hanging in there? I hope you're healthy and safe.